Islands To Visit at Andaman Island

The pristine white beaches on the picturesque Andaman Islands have an otherworldly allure to them. And it’s not just about the sandy shores of Andamans, this little piece of heaven has luscious forest cover and balmy but beautiful sunsets to offer as well.

Here’s why the dazzling islands in the Andaman archipelago should be next on your list of places to travel.

Port Blair, the official capital of Andaman (and the largest city), serves as the gateway to everything that the islands are famous for. Known for its rich history, there are places of historical significance to explore, such as the Cellular jail of Port Blair, Japanese bunkers, and various museums in this city.

Marina Park is another popular tourist attraction in Andaman that aims to educate people on the diverse marine life Andaman has to offer with intricate displays of organisms and their habitats.

Port Blair is well connected to the rest of the islands, by ferries, helicopters, and roadways.

From romantic candlelight dinners at Havelock Island Beach Resort or couples kayaking, it has everything that a couple is looking for. Coral reefs on the Elephant beach are world-renowned for their mesmerizing beauty.

If you wish to explore the scenic beaches and tourist destinations of Havelock Island, then do plan for a 3 to 4 day trip as that would provide you with ample time for both sightseeing and lazing around at luxury resorts.

Another island known for its pretty coral reef and surreal beauty is the Jolly Buoy Island. Filled with rainforest and mangrove cover, this island is considered under the Mahatma Gandhi Marine Park.

Tourists need to take a permit from Wandoor to get to Jolly Buoy Island in Andaman. Situated 30 km away from Port Blair, it takes about 40 minutes to reach Jolly Buoy from Wandoor.

If you wish to go snorkelling or take a glass bottom boat ride in Andaman, then do enjoy these activities at Jolly Buoy.

Now officially known as Shaheed Dweep, tiny but pristine and rustic, Neil Island is known for its breathtaking hiking trails. Time seems to slow down in this place as you get just to laze around. The island also supplies fruits and vegetables to the rest of the islands.

Neil Island attractions include the luscious jungles on the Laxmanpur Beach, Natural rock formation on the Howrah bridge, the caves in Sitapur beach, and scuba diving on the shores of Bharatpur and Ramnagar. 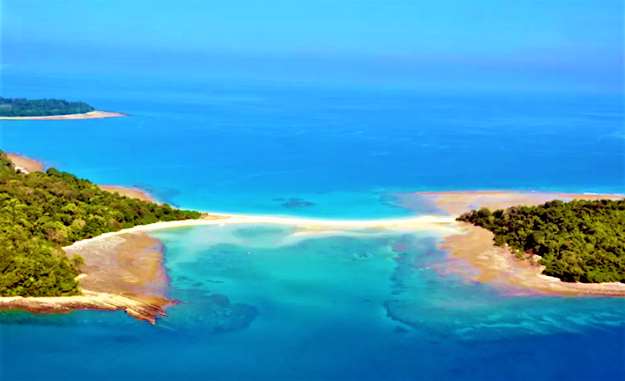 Ross and Smith twin islands, connected through a slim sand bar only 100 metres long, are a sight to behold. A special permit has to be authorised from the forest office of Diglipur for visiting these one of a kind beaches.

The emerald green waters and sun-kissed Smith Island beach are far away from the liveliness of the main cities. Thus, perfect for a secluded yet peaceful excursion.

Apart from the usual water sports, these islands are also famous for their hiking trails and trekking expeditions and small museums. Availing a Ross Islandtour package is a must for anyone thinking of visiting the Andaman.

The only way to reach the secluded beaches of Cinque Island is through chartered boats or ferries from ChidiyaTapu. It is again located inside the Mahatma Gandhi Marine National Park, which means that there are no tourist resorts on this island.

Scuba diving in Cinque Island is the most dreamlike experience, because of the rich fauna and flora. Tourists often fall in love with the untouched splendour of this place. 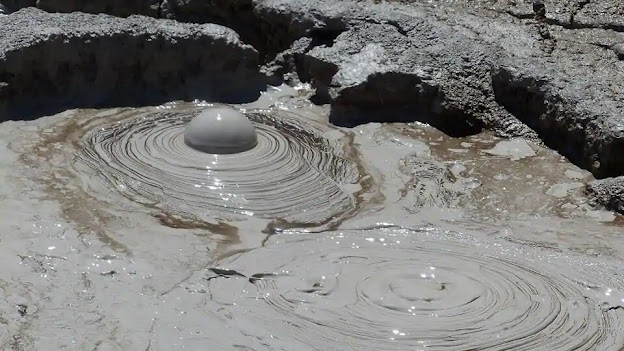 Did you know the only mud volcanoes in India can be found at the Baratang Island?

This island is a delight for nature enthusiasts and sought after by wildlife and nature photographers. The reasons which make Baratang Island famous among tourists are its expansive mangrove swamps, mud volcanoes, an abode for parrots, and limestone deposits.

If you want to swim around the green blue waters around the island then do visit the Baludera beach in Baratang. The island is located around 100 km from Port Blair, do plan your trip keeping in mind the travel time.

Also known as the Coral island, because it is home to some of the most dazzling coral reefs in Andaman.

North Bay Island water sports are surreal, if getting enamoured by diverse marine life is on your wish list, then do indulge in activities like scuba diving and snorkelling. However, the best way to experience marine fauna is to go up close and personal through submarine coral safari. 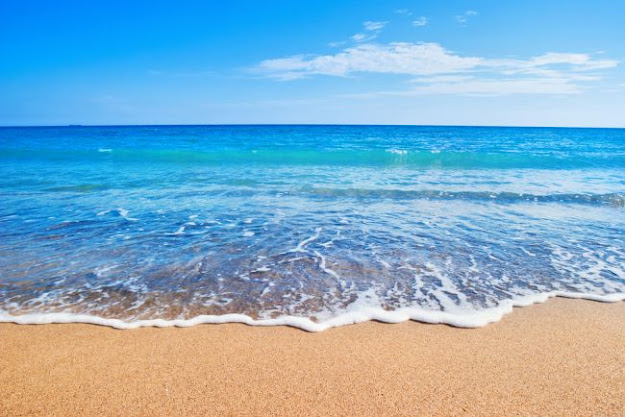 Diglipur Islandis a tiny little town in North Andaman. The place connects to other tourist attractions such as Kalipur beach, Saddle peak, Pathi level beach, and the twin islands of Ross and Smith.

Untouched ethereal beauty is what Diglipur has on offer. If you are planning on a vacation away from the hustle and bustle of the city life, then a visit to Diglipur should be on your bucket list.

You need to first head to Diglipur in order to reach the beaches like Karmatang and Aamkunj in order to experience the spectacle of a turtle nesting site.

Barren Island volcano is the only active volcano in the whole of South Asia, which is why this island is completely deserted (hence the name!). The most recent eruption was back in 2017, which has made it an attractive destination for tourists.

The unique conditions that this island offers have led to the diversification of marine wildlife. As the entry to this island is restricted, and no one is allowed to stay over for the night, the trip to Barren islands has to be planned way in advance. 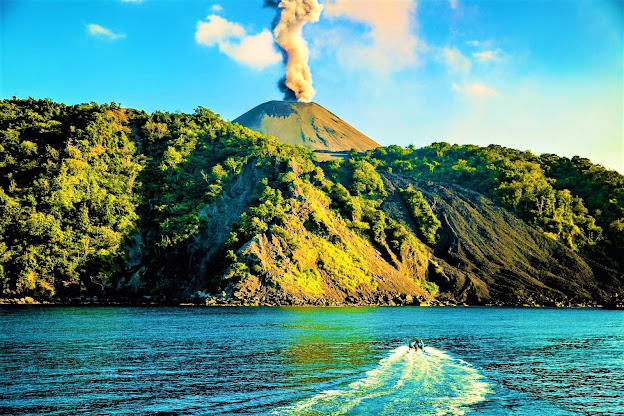 The two waterfalls, White Surf and Whisper waves from Little Andaman, are straight out of a fairy tale. For reaching these waterfalls, one can go on an elephant safari or trek from Hut Bay.

Little Andaman hotels are close to some of the most scenic limestone caves, Butler bay, and even a substantial red palm plantation. The place is home to some crocodiles too, which is why the island is littered with warning signs.

Mayabunder Island is one of the farthest tourist spots from Port Blair, which is why it is never bustling with tourists. The Karen tribe from Mayabunder worked as labourers for British colonisers.